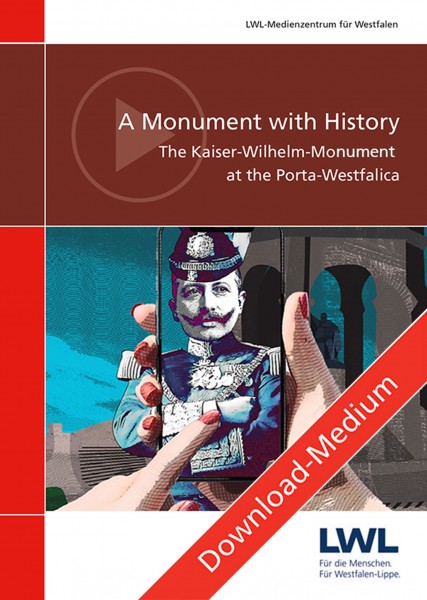 The monument, which was erected in honor of the emperor Wilhelm I. (1797-1888) at the Porta Westfalica, is nowadays an important historical place in remembrance of the history of the imperial empire and the nationalism at that time. It’s the second largest monument in Germany – only topped by the Völkerschlachtsdenkmal in Leipzig. This shortfilm is a central element in informing visitors about the newly restored Kaiser-Wilhelm-Monument. It is on display in the information center and focuses on the history of the monument and its changing political and social interpretations.

The film approaches its topic in an intentionally unconventional way: a mixture of graphic novel and reenactment. Among others, architect Bruno Schmitz, sculptor Carl Zumbusch and emperor Wilhelm II.  appear as cartoon characters in the picture.

Simultaneously actors potray two protagonists of the ordinary people: a seamstress and a worker. They literally emerge from the historical images and explain from their point of view the genesis and impact of the monument. Thus the film breaks with the originally nationalistic ‚Herrscherpathos’, adapts to today´s viewing habits and creatively transforms new formats of media history. At the same time, it provides a clear and easy-to-understand introduction to the history of monuments.

The film was produced in German and English on behalf of the LWL-Medienzentrum by the Berliner Bildungsfilm GbR and its managing directors Oliver Hoffmann and Delf Woischnig.